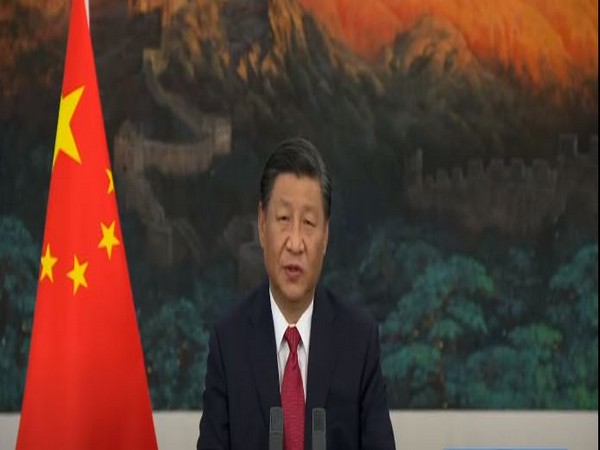 Beijing (China) Oct 9: Chinese President Xi Jinping on Friday held a phone conversation with Japanese Prime Minister Fumio Kishida.
Noting that China and Japan are close neighbors, Xi, citing an ancient Chinese saying, stressed that good neighborliness is a treasure of a country.
To maintain and develop friendly and cooperative relations between China and Japan is in line with the fundamental interests of both countries and their people, and also conducive to Asian and even global peace, stability and prosperity, he added.
At present, the China-Japan relationship faces both opportunities and challenges, Xi said, adding that China appreciates the importance the new Japanese government attaches to maintaining high-level communication between the two countries.
China, he said, stands ready to work with Japan to enhance dialogue and cooperation, and promote the building of a China-Japan relationship that meets the requirements of the new era in the spirit of taking history as a mirror and opening up the future.
As the next year will mark the 50th anniversary of the normalization of China-Japan diplomatic ties, China hopes that the two sides will revisit their original aspirations and meet each other halfway to jointly embrace this significant historical juncture and open up new prospects for the development of bilateral relations, Xi said.
Xi pointed out that China and Japan should earnestly learn from both the positive and the negative experience in bilateral relations, strictly observe the principles set out in the four political documents between them, and effectively implement the political consensus that they are cooperative partners and not threats to each other.
The two countries, he added, should properly handle major sensitive issues concerning history and Taiwan among others, properly manage their differences, and hold on to the right direction, so as to maintain the political foundation and overall situation of bilateral relations.
They should also strengthen exchanges on state governance and coordination on economic policy, jointly safeguard a fair and open environment for trade and investment, and achieve a higher level of economic complementation and win-win cooperation, so as to bring more benefits to the people of both countries, Xi added.
Calling on the two countries to practice true multilateralism, he suggested that China and Japan, on the basis of their respective fundamental interests and the common interests of mankind, carry forward the East Asian wisdom of seeking harmony without uniformity and working together, actively promote regional cooperation, coordinate their response to global challenges, and safeguard world peace, stability and development.
Xi also congratulated Japan on successfully hosting the Tokyo Olympics, and added that China welcomes Japan to take an active part in the Beijing Winter Olympics in February next year.
For his part, Kishida extended congratulations on China's National Day.
Under the current international and regional circumstances, Japan-China relations are entering a new era, he noted.
Japan, he added, is willing to work with China to draw important lessons from the history of bilateral relations, and take the 50th anniversary as an opportunity to make joint efforts in building a constructive and stable Japan-China relationship that meets the requirements of the new era.
The two sides should manage their differences through dialogue, he noted, adding that Japan is ready to work with China to continuously strengthen economic cooperation and people-to-people exchanges, and intensify communication and cooperation on important international and regional issues, such as COVID-19 response and climate change.
Japan looks forward to the Beijing Winter Olympics taking place smoothly, he added.
Both sides deem this conversation to be very timely and important, and they agree to continue to maintain interaction and communication through various means, so as to guide the development of bilateral relations in a right way.
Source: Xinhua