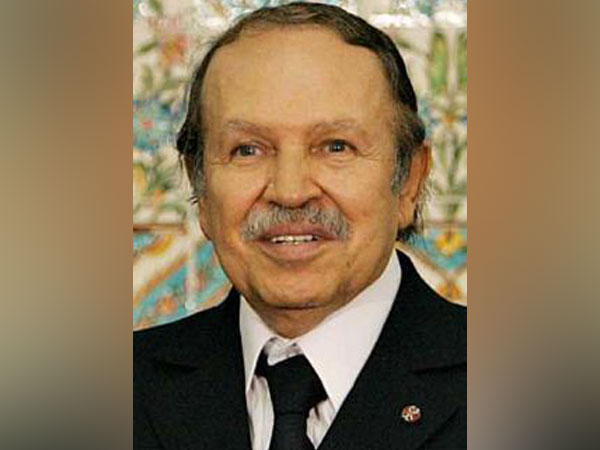 United Nations, October 15: The UN General Assembly on Thursday held an event to pay tribute to former Algerian President Abdelaziz Bouteflika, who served as the 29th president of the General Assembly between 1974 and 1975, and died last month.
In his remarks, UN Secretary-General Antonio Guterres said Bouteflika, as General Assembly president, promoted the principles of justice, freedom and peace as priorities for the United Nations and played an active role in these areas during his presidency.
"He was particularly active in the area of decolonization and is remembered for giving a voice to the liberation movements in Africa, Asia and South America," said Guterres.
"President Bouteflika also strongly advocated for a more inclusive United Nations in the post-World War era. He oversaw the admission of Bangladesh, Grenada and Guinea-Bissau as new members of the United Nations," he said.
Many will remember that in 1974, Bouteflika extended an invitation to then Palestinian leader Yasser Arafat to address the General Assembly. He also played a central role in the Non-Aligned Movement and will be remembered for taking a firm stand against Apartheid in South Africa whose membership was suspended under his General Assembly presidency, he said.
Bouteflika facilitated the adoption of several resolutions, notably on the definition of aggression, on the preparation for the world conference on disarmament, and on the creation of the International Civil Service Commission. He also presided over five plenary sessions on the question of Cyprus that led to the adoption of General Assembly Resolution 3212, which was also endorsed by the Security Council, noted Guterres.
During his presidency, Bouteflika encouraged dialogue and demonstrated leadership and staunch commitment to the principles of the UN Charter, he added.
Abdulla Shahid, the current president of the UN General Assembly, said Bouteflika was a seasoned diplomat and a skilled behind-the-scenes negotiator.
As one of the youngest persons ever elected president of the General Assembly in 1974, he was committed to upholding the values of multilateralism and the principles of the UN Charter, he said.
Bouteflika participated at an early age in the struggle against colonialism and advocated liberation movements around the world. Under his presidency of the 29th session, the General Assembly adopted Resolution 3236 to include the question of Palestine in the provisional agenda of the assembly, he said.
Bouteflika played a very important role in the consolidation of the organizations of the developing world and the strengthening of their unity of action, particularly the Non-Aligned Movement and the Group of 77, said Shahid. "He showed us that yes, it is possible for the United Nations to be a community of nations united. His contributions are now part of the annals of diplomatic history."
Source: Xinhua