The collapse of Thomas Cook sent shockwaves across the industry 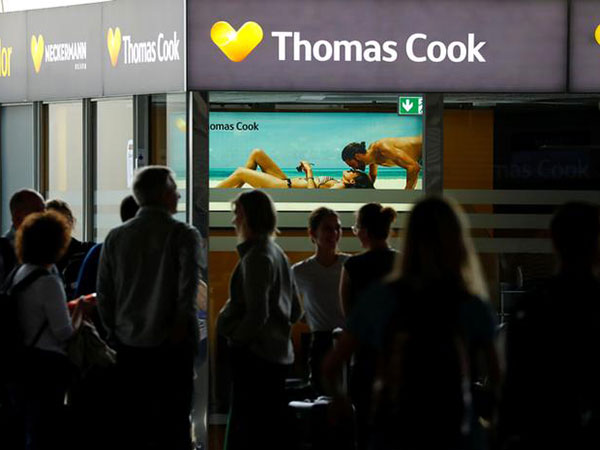 London (UK) Sept 25: The Greek tourism confederation says economic losses for the country's businesses might be up to €500m.
Hotels in Cyprus estimate their losses for the recent months at around €50m in unpaid bills.
Tunisian hotels said Thomas Cook owes them €60m for July and August.
Turkish Authorities said they would shortly provide a credit support package for tourism firms.
Meanwhile the authorities in the UK are not going to step in. The Country's Business Secretary said there is no point bailing out Thomas Cook as it would have been "a waste of taxpayers' money."
Source: Euro News