Taylor Swift pledges to 'do everything I can for 2020' election: 'We're a democracy' 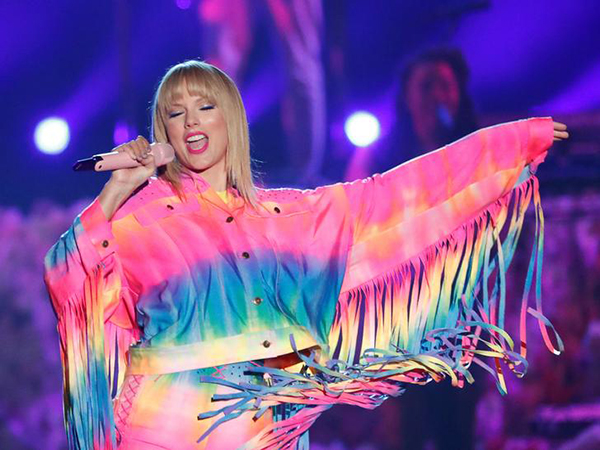 California (USA) August 24: Taylor Swift has opened up about her political beliefs again.
In an interview with The Guardian, the 29-year-old singer-songwriter spoke about her stance on abortion and how she thinks President Trump is tearing the country apart.
"We're a democracy - at least, we're supposed to be - where you're allowed to disagree, dissent, debate," she said. "I really think that [Trump] thinks this is an autocracy."
The Grammy winner admitted she felt torn about what America stood for after the 2016 election, when "all the dirtiest tricks in the book were used and it worked."
Swift described the atmosphere as "gaslighting the American public into being like, 'If you hate the president, you hate America.'"
The "Lover" songstress also stands by her decision to not endorse anyone in the last election, when she avoided the public eye because of her mother's battle with cancer and her very high-profile feud with Kanye West and Kim Kardashian.
"I was just trying to protect my mental health - not read the news very much, go cast my vote, tell people to vote. I just knew what I could handle and I knew what I couldn't. I was literally about to break," she confessed.
Swift admitted she felt her "bad reputation" made her "just useless ... and maybe even like a hindrance" to any political candidate but said she would have supported Hillary Clinton if she had gone public.
The star also vowed "do everything I can for 2020" and made it clear she's "pro-choice."
"I just can't believe this is happening," she added, referencing newly enacted laws restricting abortions in states like Alabama, Georgia and Mississippi.
Swift broke her political silence last October in a lengthy Instagram post ahead of the 2018 midterm election.
In it, she encouraged her 112 million followers to vote for Democrat Phil Bredesen for U.S. Senate from Tennessee, and also for Rep. Jim Cooper, a Democrat who was running for re-election. Her post was also highly critical of Republican Marsha Blackburn, who defeated Bredesen in the election
Earlier this year, the star explained that it was her responsibility to use her platform to influence people.
"Invoking racism and provoking fear through thinly veiled messaging is not what I want from our leaders, and I realized that it actually is my responsibility to use my influence against that disgusting rhetoric. I'm going to do more to help. We have a big race coming up next year," she wrote in an essay for Elle.
Source: Fox News Network