Look in your own backyard: PoK activist on Pak minister's tweet on farmers' protest in India 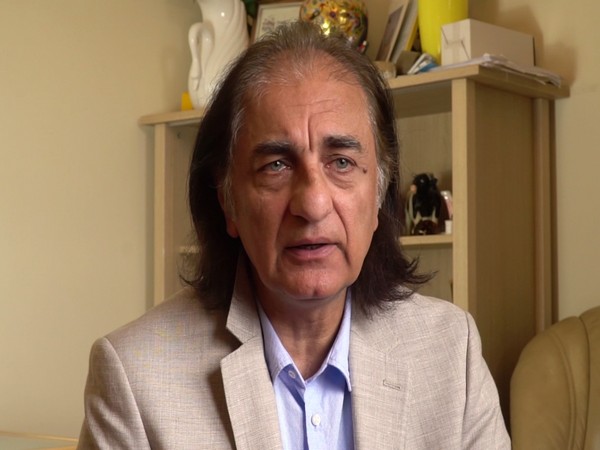 Glasgow [UK], December 10 (ANI): Days after Pakistani Federal minister Fawad Chaudhary said that his heart goes out to the "Punjabi" farmers agitating "on the other side of the border", PoK activist Dr Amjad Ayub Mirza on Wednesday asked him to concentrate on Lahore instead, where an anti-government rally by the Pakistan Democratic Movement is scheduled on December 13. He also accused the Pakistan government of trying to "use the farmers' unrest against India".
"Show this drama to someone else... I urge Chaudhry
to look in his own backyard first where a massive anti-government movement is going to take place," Mirza said in a video shared on social media on Wednesday.
This comes after the Pakistani Federal minister tweeted on Monday that the Indian government is "heartless", adding his heart goes "out to my Punjabi farmer brothers on the other side of the border".
The PoK activist said that the Imran-Khan government has no idea about handling the anti-regime sentiment in Pakistan.
"Your (Khan) government is shaking and has no clue as to what has to be done. Your situation is such that you do not know where to escape," he said.
Mirza also raised the issue of the minister calling the Pulwama attack, in which over 40 Indian security personnel lost their lives, an "achievement under the leadership of Imran Khan", saying "Hindustan
".
"This is the same person who stood on the floor of the national Assembly and admitted that "we (Pakistan) were behind the (Pulwama) attack and that every Pakistani should be proud of it". Today, he is thinking about intervening in the farmers' agitation in Delhi," Mirza said, hitting out at the minister for trying to use the unrest against India. "Through their intervention, they (the Pakistani government) are trying to hurt India. Everyone can see that from London to the US that the flags of Khalistan have replaced the farmers' issues," the PoK activist pointed out.
He asked the Pakistani minister whether he feels the same pain for the torture-inflicted people in Pakistan-occupied Kashmir.
"Do you not feel the pain for the people of Gilgit Baltistan? There is no water in our city. Do you not feel the pain after you fired 100 government employees from GB when the PTI government was formed," he asked. (ANI)