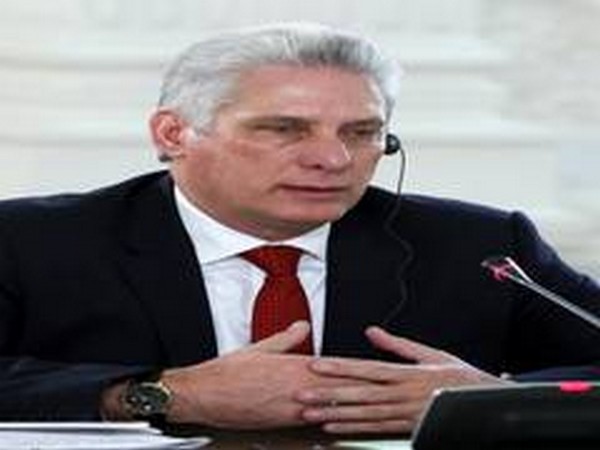 United Nations Sep 25: Cuban President Miguel Diaz-Canel on Thursday condemned the U.S. foreign policy, noting "a dangerous international schism" headed by Washington is being promoted.
"Through the pernicious use and abuse of economic coercive measures," the U.S. government pressures countries to speak and act against "those it has identified as adversaries," Diaz-Canel said in his video address to the general debate of the 76th session of the United Nations General Assembly, which kicked off Tuesday at the UN headquarters in New York.
It forces its allies to create coalitions to overthrow legitimate governments, break trade agreements, abandon and prohibit certain technologies and adopt unjustified judicial measures against citizens from the countries that refuse to submit, he added.
The Cuban leader said Washington's behavior is associated with "ideological and cultural intolerance, with a remarkable racist influence and hegemonic ambition purposes."
"It is neither possible nor acceptable to identify the right of a nation to economic and technological development as a threat; nor is it possible to question the right of every state to develop the political, economic, social and cultural system that has been sovereignly chosen by its people," he said.
The Cuban president also noted that the United States has been launching an "unconventional war" against his country, aiming to portray an absolutely false image to vindicate its "change of regime" doctrine, and to erase the Cuban Revolution from the political map of the world.
"Their plan is perverse and incompatible with the democracy and freedom they advocate," said Diaz-Canel.
Source: Xinhua