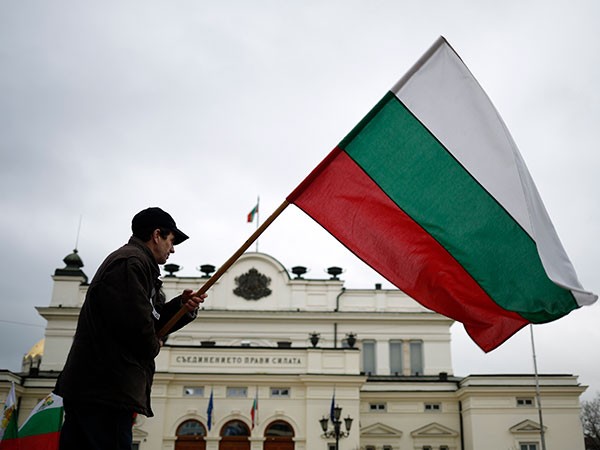 Sofia (Bulgaria), September 30: Bulgaria's Minister of Justice Yanaki Stoilov said here on Wednesday that his country should learn from China's experience and that Sofia and Beijing should further develop bilateral cooperation.
Stoilov's remarks came in a letter addressed to an international conference marking the 100th anniversary of the founding of the Communist Party of China (CPC). The event was jointly organized by Bulgaria's National Association for the Belt and Road, the Chinese People's Institute of Foreign Affairs, the Silk Road Think Tank Association and the Chinese Embassy in Bulgaria.
Modern China has been inextricably linked to the CPC, Stoilov wrote. The CPC's 100-year history not only continues "but also sets the direction and content of the reforms and development of Chinese society and state."
Stoilov, who is also a former deputy chairman of Bulgaria's National Assembly, said China's role on the international stage has become increasingly tangible, and over the past few decades it has achieved impressive successes.
Hundreds of millions of its citizens have been lifted out of poverty and an impressive middle class has emerged there, he said.
He said he was convinced that the experience of China and its political leadership in the strategic planning and consistency of reforms would be useful for Bulgaria and deserved serious attention.
The development of the strategic partnership between Bulgaria and China, of the bilateral relations between the state institutions and the political parties, "is beneficial for our peoples and states," Stoilov said.
Chinese Ambassador to Bulgaria Dong Xiaojun, who addressed the event in person, said that although China and Bulgaria had different historical backgrounds, national conditions and development paths, they both shouldered the arduous task of meeting the common expectations of the people in conformity with the development trend of the times.
"Looking into the new era, I have full confidence in the future development of China-Bulgaria relations," Dong said.
"My colleagues at the embassy and I myself are also ready to continue to build bridges and contribute to the friendly cooperation between the two countries," he said.
Source: Xinhua