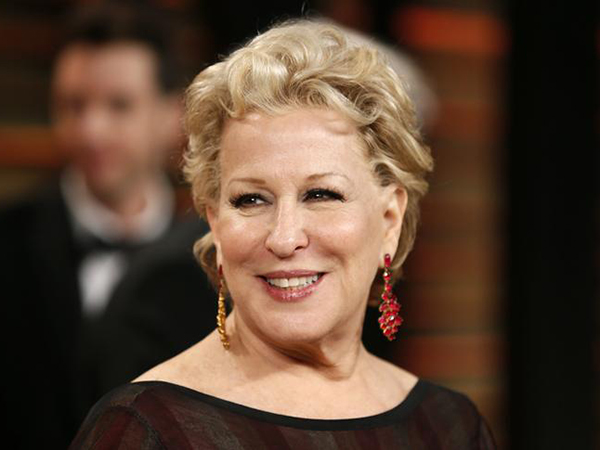 California (USA) August 24: Entertainer Bette Midler isn't one to mince words and her response to billionaire David Koch's death was no different.
After news of Koch's death broke on Friday, Midler piled onto the crude reactions on social media with a series of tweets attacking Koch's legacy.
One of those contained a vulgar attack on Heritage Foundation president Kay Coles James, who praised Koch as a "great philanthropist and friend of liberty."
"With all due respect, Ms. James, f--k you," Midler tweeted. "'A friend of liberty' Yes, his own and his family's. The rest of us can drink leaded water and burn in the climate change he produced."
The Heritage Foundation did not immediately respond to a Fox News request for comment. James had not responded to Midler via Twitter by publishing time.
A major donor to libertarian causes, Koch and his brother Charles have regularly been attacked by left-wing politicians and activists -- often portraying them as bogeymen blocking reforms to protect the environment.
Midler also apologized for initially tweeting that Charles Koch had died, noting that she didn't want to give "false hope."
"Guess it was just wistful thinking," Midler added in another tweet. "As we watch the Amazon Rainforest burning, all the #GlobalWarming culprits are foremost in one's mind."
She also promoted a "eulogy" titled the "terrifying legacy of David Koch" and retweeted mock requests for memorializing the billionaire.
"David Koch had a dream, which was to make things easier for himself and a few friends while also making things significantly worse for everyone else on the planet. He is gone, but now that work falls to all of us. Today, whenever you get the chance, harm someone vulnerable," read one of them, from Deadspin writer David Roth.
David Koch's family confirmed on Friday that the controversial businessman had succumbed to advanced-stage prostate cancer, 27 years after being diagnosed.
"David liked to say that a combination of brilliant doctors, state-of-the-art medications and his own stubbornness kept the cancer at bay," brother Charles Koch said in the statement. "We can all be grateful that it did, because he was able to touch so many more lives as a result."
James' statement heaped praise on David Koch, noting his efforts on a variety of policy issues.
"David also had a passion to preserve individual liberty. He committed himself to supporting causes and candidates that empowered individuals by decreasing government control," she said. "He was more than willing to tackle contentious issues, but eager to do so in a way that accentuated common ground rather than divisiveness. As just one example, he was a major force behind the decades-long prison reform movement, which he approached by building a coalition of activists from across the political spectrum."
Source: Fox News Network