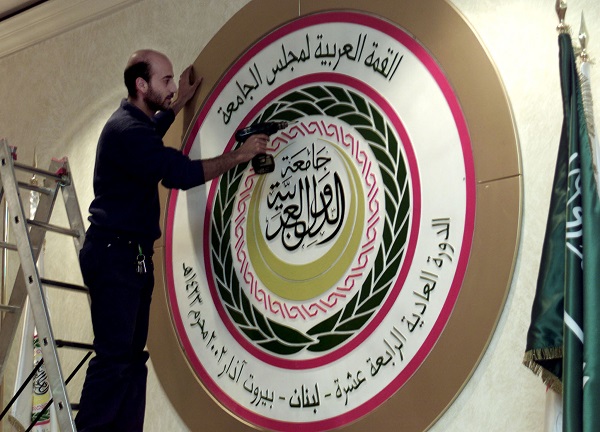 Beirut (Lebanon), April 9: The Arab League (AL) Assistant Secretary-General Hossam Zaki said Thursday that the AL will help with negotiations among Lebanese political parties to end the governmental deadlock, a statement by Lebanon's Presidency reported."I have expressed the readiness of the Arab League to assist in negotiations among the main political parties to facilitate cabinet formation in Lebanon," Zaki said following his meeting with Lebanese President Michel Aoun at Baabda Palace.
Zaki noted that any improvement in the economic situation requires a political solution in the first place.
For his part, Aoun expressed his appreciation for the interest shown by the AL towards Lebanon, noting that Lebanon is one of the founders of the AL and is keen to respect its charters and all its decisions.
Zaki also met with Lebanon's caretaker Prime Minister Hassan Diab and House Speaker Nabih Berri.
Lebanon has been facing a governmental vacuum since last August due to officials' disagreements over ministerial shares and the form and nature of the future government.
Meanwhile, the country is going through its worst economic and financial crisis with poverty rate exceeding 50 percent, according to the World Bank.
Lebanon is in dire need for urgent reforms to unlock funds by the international community.
Source: Xinhua